[Second Opinion] Conversation with Tada driver, before service is disbanded 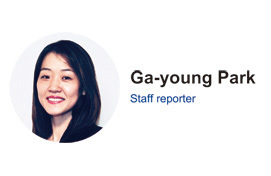 “Do you often use Tada?,” A driver asked me yesterday when I used the van-hailing service as usual.

My conversation lasted 15 minutes during my ride home. Normally, Tada’s drivers barely talk with customers, other than asking if the temperature setting is OK or reminding us to fasten the seat belt.

After all, one of the reasons Tada’s service became popular was because they don’t make small talk with customers. This simple quiet service was appealing to me and many other customers -- especially women.

When using regular taxis, what I often got back as a reply when I say ‘Hi, could you go to ***, please?’ is mostly silence. There is no “sure” or “how are you doing?”

Sometimes, I was forced to listen to a radio show with political content or music that you don’t like while riding. Just because you’re a younger woman, sometimes drivers drop the honorifics, which almost never happens when you meet a stranger. They sometimes complain if I have to go a short distance. All these little experiences have led me to dislike normal taxi services.

So simply being quiet, Tada has attracted many fans. Since it was launched in October 2018, Tada has garnered an accumulated 1.7 million registered users on the app.

“Every day in fact,” I replied. Then the driver whose surname is Park talked about what would happen in the future -- his job option after the service is halted on April 10 and my option to find an alternative service.

“I could find another job but the quality of work as a Tada driver is better than my other options,” Park said. “The reason Tada drivers are kinder is because they don’t have to rush against time,” he added.

Tada drivers get a fixed weekly rate while taxi drivers’ incomes depend largely on how many kilometers they run every day. That changed last year, when the government, taxi operators and the startup industry tried to find a common ground to relive conflict between the industries.

There is no denying that the planned launch of Kakao’s ride-sharing service -- which was canceled due to the opposition by the taxi industry -- and Tada-like services contributed to improve the treatment of taxi drivers, a long problem of the taxi industry. 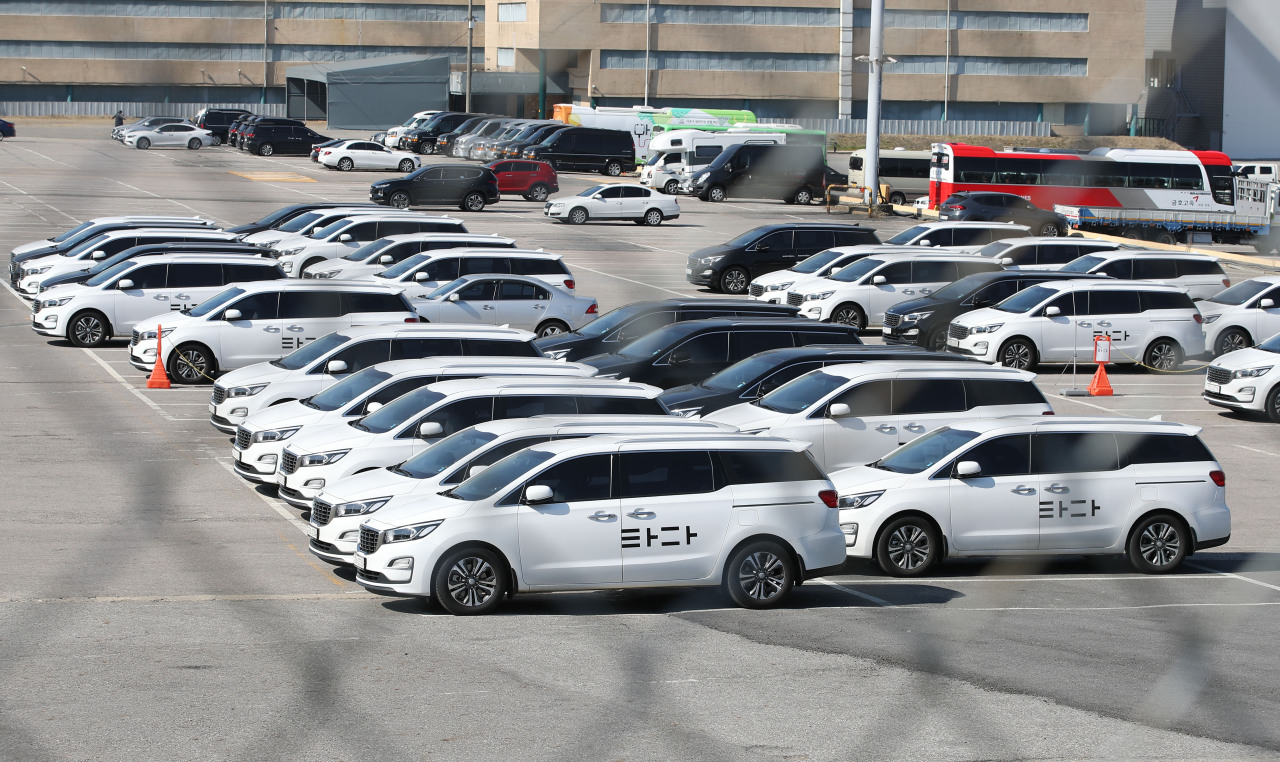 Tada vans are parked at a parking lot in Seoul on March 5. (Yonhap)

But after only a year and half since Kakao Mobility’s plan to launch Carpool service triggered a chain of self-immolation by cab drivers, the results are gloomy for startups. Although the mobile giant’s plan for a carpool service might have disappeared, Kakao, which has financial capability to stack up taxi licenses to operate Tada-like service, as required by the law now. And market watchers say that Kakao Mobility is likely to dominate the taxi industry. Kakao has already secured almost 1,000 taxi licenses after voraciously acquiriing taxi companies. Armed with those taxi licenses, Kakao launched Venti, a Tada-like van-hailing service.

Earlier this month, the National Assembly passed a law that effectively bans operations of services like Tada Basic -- service operator VCNC shut down the loss-making service as it realized the service is unviable. They canceled the new hiring and requested 30 percent of its employees resign.

Park, the driver, said he could find some other job but it appears to me that he wanted to work for Tada’s other services. Giving out a chocolate bar, he hinted that a good review from customers might raise chances of being transferred to Tada’s other services such as premium Taxi service. But it’s too bad that his hope might be hopeless. Without its signature service Tada Basic and more importantly investors’ confidence in the company, no one knows the company’s future.

Top executives behind Tada expressed their frustration upon the revision of the law. Lee Jae-woong, chief of car-sharing app operator SoCar, the parent company of VNCN, has stepped down. Park Jae-wook, VCNC CEO, said that he didn’t want to encourage other people to start a business in Korea any more.

As to my future option post-Tada, I have already started using bike-sharing services. Even though regular taxi services have improved quite a lot to counter competition from Tada and other ride-hailing services, I haven’t come to terms with my bad experience with taxis.