During the trading, Korea Exchange, the country’s stock market operator, activated sidecar curbs on the Kospi 200 futures to halt program trading for five minutes, for the first time since early October 2011. A sidecar is triggered when an index fluctuates by more than 5 percent compared to the previous close for over a minute. 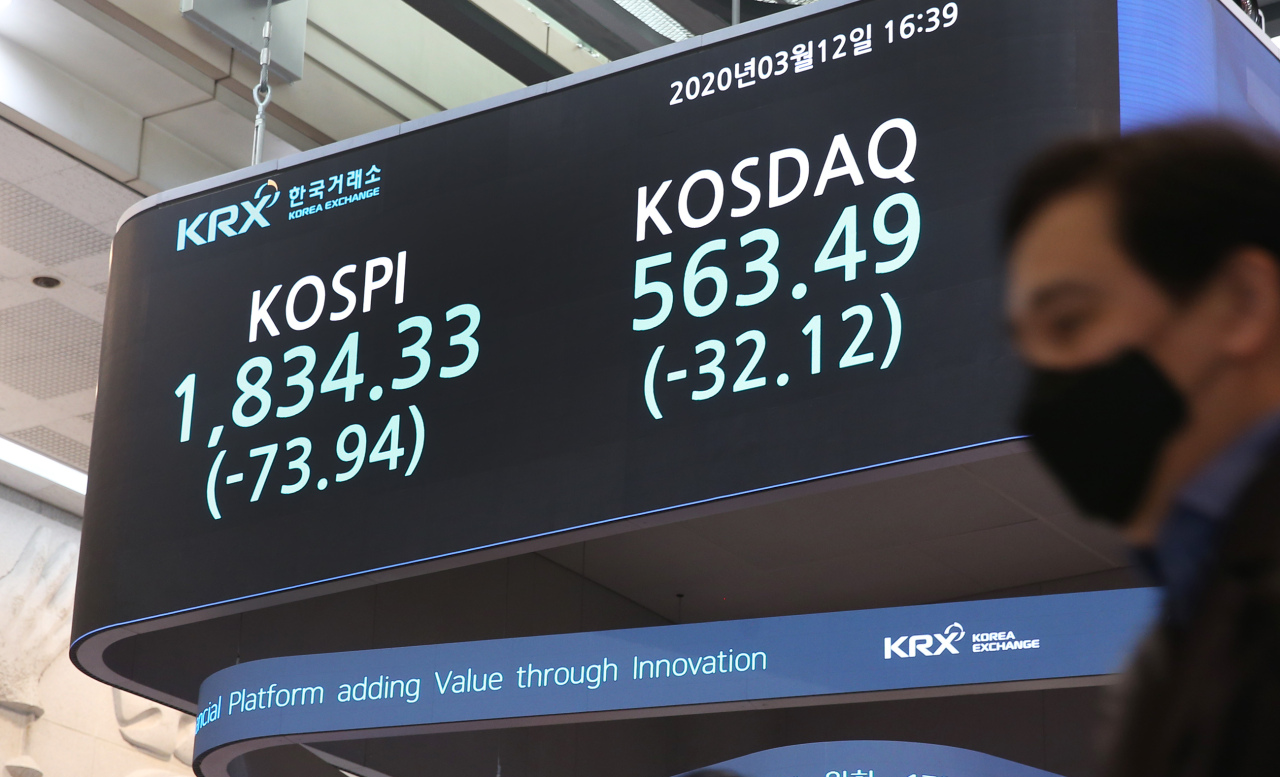 The March 12 decline followed stock markets in the US, which plummeted about 5 percent. The Dow Jones lost 5.8 percent while S&P 500 dropped 4.9 percent. The Nasdaq sank 4.7 percent. The fall came as US President Donald Trump suspended all travel from Europe, except for the UK, for 30 days. He also unveiled a stimulus package to minimize the economic impact of the virus outbreak, but investors were disappointed that stimulus measures lack details.

“In the address, Trump only underlined his willingness to ask Congress and instruct the US Treasury to take necessary steps for tax breaks and other measures to counter the virus impact. It only dampened investor sentiment further,” said Park Hee-cheol, an analyst at Mirae Asset Daewoo.

With COVID-19 declared as a pandemic, it is now expected to have a bigger impact on the global economy.

“The ongoing crisis is expected to have a greater impact than in the past in that COVID-19 is spreading to other countries while China currently is the world’s largest trading and tourism exchange country and plays a critical role in the global supply chain,” the Bank of Korea said in its report on its monetary policy submitted to the National Assembly.

Foreigners continued to sell stocks after dumping 3.7 trillion won of stocks in the past five sessions.

The local currency was trading at 1,200.35 won against the US dollar, down 7.35 won from the previous session’s close.

By Park Ga-young and newswires (gypark@heraldcorp.com)