The announcement came after a Bloomberg report that Allergan and partner Medytox have filed a complaint with the International Trade Commission in Washington to stop Nabota imports. The firms have reportedly said that Nabota uses manufacturing secrets that were stolen by its former employees.

“We are asking Daewoong Pharmaceutical to explain all the doubts that were raised about the developing process of Nabota, through taking procedures such as holding an open-discussion, and contribute to the growth of Korean bio industry,” a Medytox official said after the report came out. 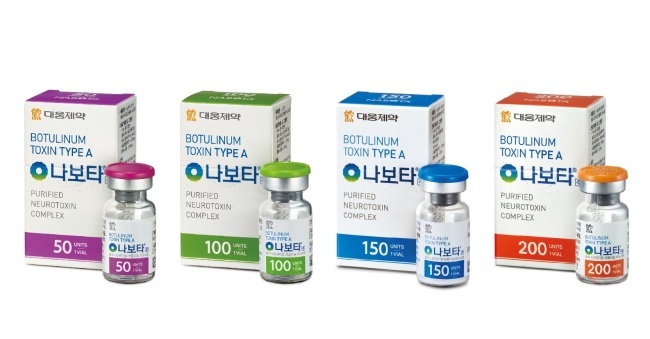 “This is a typical act of defense by rivals, because it is highly likely that Nabota will receive marketing authorization from the US Food and Drug Administration,” Jeon said in statement. “We can assure that this will not stop us from getting FDA approval to start sales in the US.”

Daewoong added that it will aggressively defend the allegations with its US partner Evolus.

The company also noted that the allegations are not new and lack evidence.

In July 2017, Medytox filed a civil lawsuit in the US against Daewoong, claiming that it stole its strain and related manufacturing secrets to develop Nabota, but the court dismissed the case.

A civil suit in Korea between Daewoong and Medytox over the same issue is on-going, with a ruling expected this year.

Established in 1961, Daewoong is a leading drug maker here with nearly 60 years of operations.