Why birth order is a big deal at LG

[THE INVESTOR] Five years ago, the British royal family changed its rule of succession so that a princess is not overtaken in the line by a younger brother. Three-year-old Princess Charlotte, daughter of Kate Middleton and Prince William, is the first to benefit from the rule as she remains fourth in line to the throne despite her younger brother’s birth last month.

At Korean conglomerates, it’s not uncommon to see the sons -- usually the eldest son -- take over the empire. There are very few exceptions.

When the country’s fourth-largest conglomerate LG Group recently lost its leader Koo Bon-moo, the “crown” naturally went to Koo Kwang-mo, his only son.

However, there was something very unnatural about it because Koo is originally his nephew. The elder Koo adopted him after losing his own son in an accident. It’s not the fact that Koo was adopted that was unnatural. It’s the fact that elder Koo has two daughters who were brushed aside due to the Korean chaebol’s “law of male-preference primogeniture.”

The few exceptions when the eldest son does not take over is when he loses in sibling wars. As for women, there are only a couple of prominent female leaders at Shinsegae and CJ.

At LG, there can be no sibling strife due to the firm belief of late founder Koo In-hoe who set up the group back in 1947 under the vision of “harmony among humans.” Since then, the Koo family doesn’t allow family feuding, over ownership.

When the first son is decided as the heir in a family meeting, other siblings and uncles are required to leave the management or play a limited role.

The strict rule may have helped the owner family that controls more than 30 percent of the holding unit LG Corp. maintain a good reputation for decades, which is more than we can say for conglomerates that are often embroiled in high-profile sibling feuding.

LG declares that the leadership transfer will be smooth and peaceful as the 40-year-old Koo, an LG Electronics executive, has long been trained as the only legitimate heir to the throne, adding it has six experienced CEOs who will support him.

Yes, stable and predictable may be the virtues of primogeniture, but it is still exclusivity based on order of birth, gender and “royal blood.” 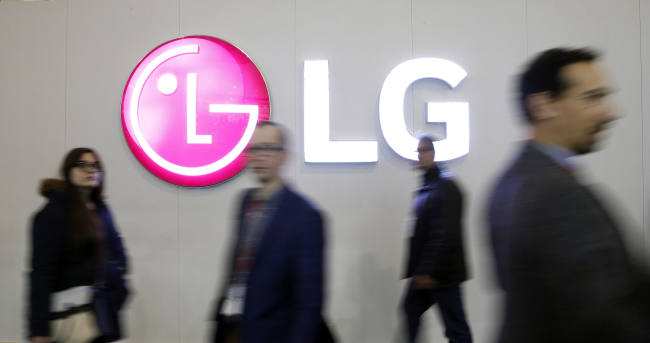 There is no possibility for other siblings -- not to mention over 200,000 employees at affiliates globally -- to take the helm regardless of their management skills. Even the veteran CEOs who have been leading the prosperity of its key units have no chance to clinch the top seat either under the succession rule.

And many LG employees say they feel safe under the corporate culture but what about innovation?

In this era of technological convergence across industries, global companies compete fiercely for innovation and they never hesitate to team up with rivals and merge them if necessary. But LG’s succession rule reflects the exact opposite.

Expectations are high about LG’s recent 1.4 trillion won (US$1.30 billion) acquisition of Austrian automotive light maker ZKW Group. It is the largest-ever purchase by the group and it is actually its first merger deal worth more than 1 trillion won since 1995. The talks were led by Vice Chairman Koo Bon-joon, the late chairman’s younger brother who has been leading the group’s new growth engine businesses like automotive parts for futuristic vehicles. But after his brother’s death, now he is preparing for his own departure, not for the future of the group.