[THE INVESTOR] What intrigued me the most during a recent weeklong stay in Singapore was not the clean streets or the pricey beer. It was the ubiquitous sight of “Grab/Uber” signs.

Most taxi stands had two lines of passengers -- one for ordinary taxis and another for Grab or Uber cars. There was no chaos, and everything was organized. People who wanted taxis waited in their line, and likewise for those who were waiting for their borrowed cabs.

For me, it was quite an unfamiliar scene of co-existence. In Korea, Uber is illegal because private vehicles can’t be used commercially. There’s also the fierce -- and I mean fierce -- resistance from cab drivers who grimly staged demonstrations with pickets in their hands and red handkerchiefs wrapped around their foreheads when Uber first tried to enter Korea in 2013.

But I guess I just happened to be in the right place at the right time, since I later learned that it was only recently that Singapore allowed ride-hailing services to share taxi stands. Initially, local cabbies rejected the move, but later agreed in order to keep passengers safe. Singapore is home to Grab, the largest ride-hailing app in Southeast Asia.

When I returned to Seoul, I found my friends and family debating over KakaoTaxi’s latest pricing policy.

When Uber failed to penetrate Korea, Kakao teamed up with cab drivers to launch its own taxi-hailing app called KakaoTaxi in 2015. The app immediately garnered a huge following, and more than 90 percent of taxis use the app now, with daily calls reaching almost 1.5 million.

But the odd part of it all was that Kakao was making no money from the service. Kakao’s investors had the same questions, and for years have been suspicious about the app’s profitability.

Now, Kakao has decided to charge extra fees for quicker pickups. There will be two paid options -- one for “Priority Calls” and the other for “Immediate Dispatch.” For the former, which means a customer will be put on a priority list, there will be an extra 1,000 (US$0.93) to 2,000 won fee. Those wanting cabs immediately can pay up to around 5,000 more extra.

The plans right away were met with confusion and skepticism. Users complained that drivers would accept paid calls only. Cab drivers fear that this may actually lead to a hike in taxi fares which would spook customers.

I’m not saying Kakao should not seek profits or that it should fight taxi drivers or topple regulations.

But I do believe that the firm, as one of the most innovative enterprises in Korea, should have a better understanding of what a shared economy is, and how it can contribute with a smarter, and a more mutually-beneficial business model based on building trust. 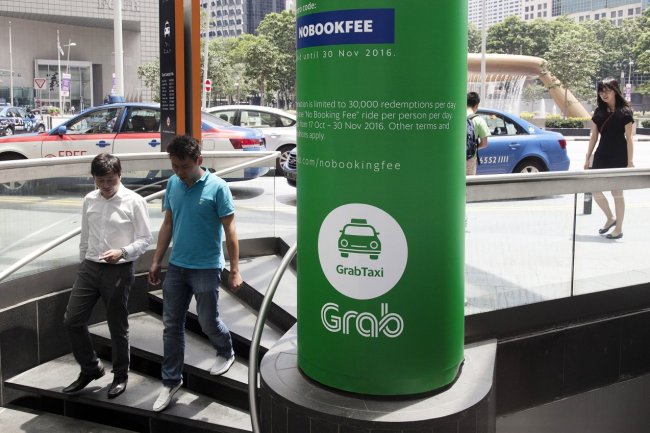 Singapore’s Grab faced a similar bumpy road when it was launched in 2012. Taxi drivers, most of whom were low-income workers, refused to adopt the new platform, while its powerful rival Uber was fast expanding its presence in the lucrative Southeast Asian market.

The firm continued efforts to earn trust from both drivers and users. It rolled out subsidies for drivers joining the scheme and offered more localized services like allowing cash payments out of consideration for the region’s low credit card infiltration rates. It also lowered the base fare to compete with Uber.

The firm also persuaded the local government not to hurry and ban the service at the beginning. After witnessing burgeoning public support, the government decided to legalize the service later.

Currently, Grab has more than 86 million users across Southeast Asia. The firm is valued at about US$6 billion, which compares to Kakao’s US$1.5 billion. According to recent news reports, Uber might surrender the market to Grab, selling its regional operations to the local rival.

While Kakao was busy addressing complaints last week, Grab announced another new service Grab Financial that will offer loans to micro-entrepreneurs that include its 2.6 million drivers. The firm, in partnership with Japan’s Saison, says it is using an alternative credit scoring method based on its vast customer data to fill the gap left by traditional financial organizations.

This is how Grab is earning trust from people and running a thriving business based on it -- crucial lessons for Kakao.