The line isn’t as blurry as you think

[THE INVESTOR] Samsung employees are used to the 119 rule when it comes to hanging out after hours.

The first one stands for one round, the second for one type of liquor, and the nine stands for nine o’clock. Put together, it means wrap things up by 9 p.m. and don’t get drunk.

Other companies have similar rules, and while they aren’t always upheld, they do exist. Despite it, abuse at the workplace -- which doesn’t always happen after work -- does happen, and quite often.

South Korean women at a rally supporting the #Me too movement in Seoul.

I’ve had 18 years of experience in journalism, and I can’t even count the times I have been subject to some kind of sexual abuse or another. Most of it was verbal. Some wanted to talk about their sex life. Others liked to talk dirty about waitresses.

A very common form of abuse actually occurred at government press meetings. I was very young at the time, 24 or 25, and whenever there were dinner meetings with the top brass, or even just ordinary press conferences during the day, they would make me sit next to the highest-ranking official.

Many a time I had the “honor” of dining and drinking aside ministers or secretary-generals. And while it was great for a reporter to have such access, the reasoning behind it was pretty awful. The aides usually said, “Please sit next to the minister and have a good time together.”

After a while, I got sick of it and refused to sit where they asked me to.

Mine is a story that’s not uncommon and not only in journalism, but in pretty much all walks of life. And the saddest part is, the lower your position is, or the younger you are, the more likely you are likely to face such abuse.

As I rose “higher” up in my career, less and less people harassed me. Perhaps it’s because I have gotten older. Either way, things have gotten easier, but it’s doesn’t change the fact that this kind of abuse is killing off the female workforce. 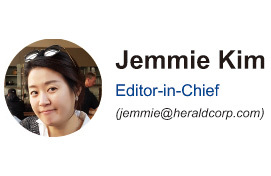 When I was younger and more naive, I used to think it’s about surviving these odds and becoming tough enough to make sure those things don’t matter. And I must admit, in a way, I too abused the system; I found that men are usually quite eager to meet young female reporters and give out more information.

As a case in point, when I covered one of the ministries, we had to disperse what was tentatively called “the women reporters’ league” when the men began to complain about bias, and how the officials were leaking too much to the female journalists.

But all this is still nothing when compared to the abuse and discrimination that so many women still suffer daily at work. And the worst part of the story is, sometimes you become so numb to your surroundings that you come to accept it as the norm, sometimes even without realizing it.

Even through it all, however, the awareness does somehow kick in, and women constantly ask: Do I continue on this path for the sake of my career and for the paycheck, or do I quit for the sake of dignity?

Many times, they choose their dignity, and can they be blamed? In a society where Confucianism still rules -- things are changing, but the pace is still slow in my personal opinion -- and where it is, or was, deemed more dignified and reasonable for the man to make the money and the women to take care of kids, it was the better solution that made everyone’s lives easier.

It’s only a matter of time before the “#MeToo” wave sweeps over the business circles. It will inevitably happen, and people will be forced to face reality, to take a good, hard look at what working is like for so many women.

Not all men are animals, and not all workplaces are hell. But so far, it has been mostly women who have stepped up as victims, and women who have turned out to have been wronged.

And now, yet another form of abuse is shaping up. Women are being edged out, as companies are becoming paranoid about having them around. It seems ridiculous that instead of being encouraged to treat colleagues with respect, employees are being pushed to avoid women altogether.

It also made me remember a comment I read on a Facebook thread. It went something like this: If you’re a guy and you don’t know how to interact with women other than abusing them or shunning them, take a real good look at your life.

The more excuses we make, the more we’re missing out on valuable human resources who can help make our society a much richer and better place with their contributions.