[THE INVESTOR] Timing is critical in almost every aspect of life, be it dating, getting a job or making an investment.

To make a business successful, companies and their management have to decide on a timely entrance depending on whether they are aiming to be a first mover or a fast follower. 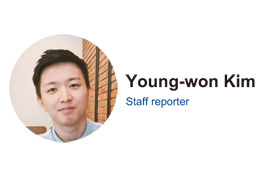 In the cryptocurrency trading market, those who bet on digital coins in the very beginning amassed fortunes, but the latecomers, including myself, are now struggling to break even.

And it seems like we weren’t the only ones.

On Jan. 27, Apple opened its first Apple Store in Seoul’s upscale district of Garosugil. It was a long time coming, maybe too long.

Both hardcore Apple fans and the ordinary consumers of its products have been waiting for the facility here, but Korea was always quite low on the US tech giant’s list of priorities.

The firm runs 499 brick-and-mortar stores in 22 nations, including China, Hong Kong and Japan. But in Korea, Apple had not run a single retail shop.

Korea was also usually never among the first markets for launching new products, meaning that we had to look on while Apple fans around the world delighted over the latest device.

Now, more than a decade after the first two physical Apple Stores opened in the US, an official store has opened in Korea, and I am pondering on what to feel. Whether I should be grateful, or harbor resentment over how long the whole process took. 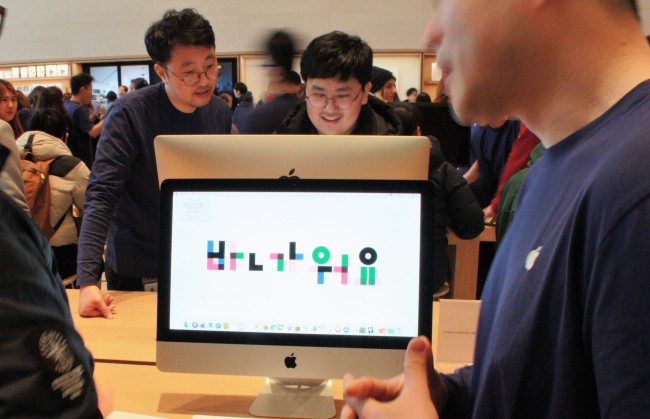 A customer tries out an iMac computer with the help of an Apple assistant at the Apple Garosugil flagship store on Jan. 27. Kim Young-won

The new Apple Store will, to some extent, quench the locals’ thirst, but I wonder if a showroom will be enough to reignite the fire.

It is estimated that Apple sold 400,000 units of the iPhone X in Korea during the two months following its Nov. 24 launch. That compares with the 1 million that the Galaxy S8 sold within a month of its launch.

The recent battery scandal and the expensive price tag are some of the reasons for the sluggish iPhone sales. However, some say the iPhone craze has died down perceivably.

After waiting for so long to get their hands on new Apple products, Korean consumers’ patience seems to have worn thin. They also now have many more options to choose from.

It’s early days still, so we will have to see whether it was a case of better late than never.